Private, professional, One-on-One Coaching with Joe Yazbeck and his seasoned coaching team, is a completely customized and personalized total mentoring for your leadership and communications goals.

You will receive a very exact program thoroughly supporting your specific needs to develop your leadership and communication skills, build confidence in any scenario where you speak or present live, on-camera, virtual conferencing, executive and team meetings or client/prospect presentations.

Hundreds of top professionals have personally been coached and thousands around the world attending Joe’s workshops are inspired as he turns his events into actual coaching sessions creating dramatic and fast positive changes in his attendees right in front of an amazed audience watching.  These are the skills and more that you will learn and retain as you are coached on your personal 1 on 1 coaching program.

Difficulties you will eliminate

Positive benefits you will gain:

Joe and the Prestige Leadership advisors team will personally coach and train you into a POWERFUL and dynamic speaker and leader who effortlessly and confidently motivate any audience within or outside the organization.

EVALUATION: The first step is easy. It is a no-cost initial informal meeting to evaluate and assess your interest, skill, strengths and challenges. His tips you receive during this complimentary initial session alone is worth its weight in gold.

IN PERSON OR VIA SKYPE: As our clients hail from many countries, we coach live, in person or through online video conferencing.

DRILLS: You will be coached with skill-building drills and exercises that will evolve you from mediocre or acceptable to exceptional, standing out above your peers and competitors as you dynamically shine with confidence in front of any audience.

COMMUNICATION SKILLS: You will be coached to communicate like the confident, caring and commanding leader you want to be and help you achieve your career, organization and life goals.

PREPARING FOR EXPANSION: Special coaching segments will also enable you to increase your ability to acquire more prospects and clients for your company, increase your company revenue and expand your organization by learning how to attract prospects and new clients through all of the speaking engagements and appearances you will master.

ACHIEVING YOUR GOALS: Achieve what many business and community leaders have accomplished with a customized strategy and action plan that we deliver and how this can be achieved for you!!

WORKING WITH INDUSTRY LEADERS: Joe and our team have worked with leaders in many industries such as technology, law, finance, education, health care, media, public service and more. He has helped his clients become exceptional speakers, coaches, industry leaders and best-selling authors.

RESPECT AND RECOGNITION: Learn all of the ingredients that go into the recipe of becoming a highly respected and recognized leader in your industry.

Does Joe's One-on-One Coaching get results? Read these rave reviews:

"If you’re speaking to staff or to companies, motivating teams, or presenting to your peers, being able to stand up there, get noticed, and influence people will benefit you enormously. Yazbeck is the real deal: he is a great speaker on and offstage — and now he is showing you how to be one!”

“Joe Yazbeck knows how to change ordinary speakers into dynamic speakers. In No Fear Speaking, he has shown how to help others reap the benefits of excellent communication skills in business and life.”

“Joe Yazbeck is an expert educator. I have personally witnessed him transforming students, frozen with fear, into competent speakers in just a few short classes. I am one of those students. His book, No Fear Speaking, is full of easy-to-understand wisdom. Read it, practice it, and then stand up and tell your own story!”
—MARK LAUTER, CEO, Sumo Software Corporation

And watch these videos 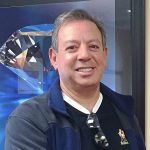 "My biggest ruin in life has been public speaking"

I had a hard time getting my viewpoint across to the audience and it took so much effort that my presentations came across nervous and tense. I had so much to say and I felt I often confused the public in my presentations.

For about three years I found my dental practice being suppressed by senseless and false allegations of Medicaid fraud and our income was frozen with a payment hold of millions of dollars. Knowing that we were innocent, we decided to fight back and it automatically increased my urgency to speak out and counter these false allegations. I started going around and meeting legislators in key committees related to health care and I made myself known.

Knowing that I had to improve my public speaking, I came across Joe Yazbeck's book "No Fear Speaking". Since reading the book and doing the drills along with being personally coached by Joe on his Leadership Communications Program , I have used these principles in my everyday life with dramatic changes.  I have learned how to set the subject and introduction, how to use different methods of getting audience's participation such as the use of rhetorical questioning with myself as the speaker, varying my tone of voice and becoming animated in my presentations.

His best-selling book and his incredibly effective coaching without doubt helped me face these false allegations addressing legislators in court with the truth resulting in a big turnaround and thus restoring justice and bringing to those who really violated the public trust to face criminal charges. Without Joe this miracle would not have been possible.

Since doing Joe’s Leadership Communications program, everything I have been involved with has really made a huge difference. Whether it was at staff meetings, talking to executives, presenting a seminar, speaking to legislators and to those within my sphere of influence, I have been able to make a bigger impact with less words by having a much better intention and command behind it to get my point understood by the other parties.

I greatly appreciate Joe's coaching and training; so many things in my life have turned around in the direction that was intended since we began.

My utmost respect and gratitude to Joe Yazbeck and for his very successful public speaking leadership program.

—Juan D. Villarreal, DDS
Texas Dentists for Medicaid Reform, Author of “Truth Decay, How Government Corruption Caused a Political Scandal Victimizing Texas Dentists and How it can happen to You” 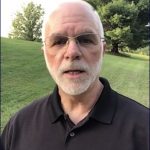 "I'm repeatedly surprised at the growth opportunities that have presented themselves"

Joe Yazbeck’s coaching and counseling extends well beyond the realm of public speaking.  Joe also helped me understand, for the first time, how my approach to audiences within my own organization actually differed from how I interacted with prospects and customers.  It was very revelatory to me personally and Joe had tremendous impact on my career.  Looking back, I can see how that realization marked an inflection point in my career and in my life.

Four months after I started working with Joe I was offered a Chief Architect position that had eluded me for years.  In the six years since that time I have been repeatedly surprised at the growth opportunities that have presented themselves. I now administer a budget in excess of $20 million dollars producing one of the most profitable product lines offered by my organization at HP.  I enjoyed a very good income when I started working with Joe but since that time my base income and accelerators have increased by 40% and I see no limitations in the future.

Joe Yazbeck has been an essential key to my evolving success!

Some clients who have enjoyed success with our coaching program 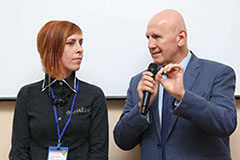 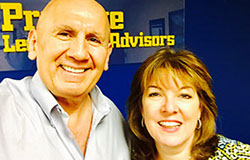 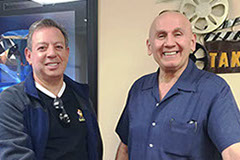 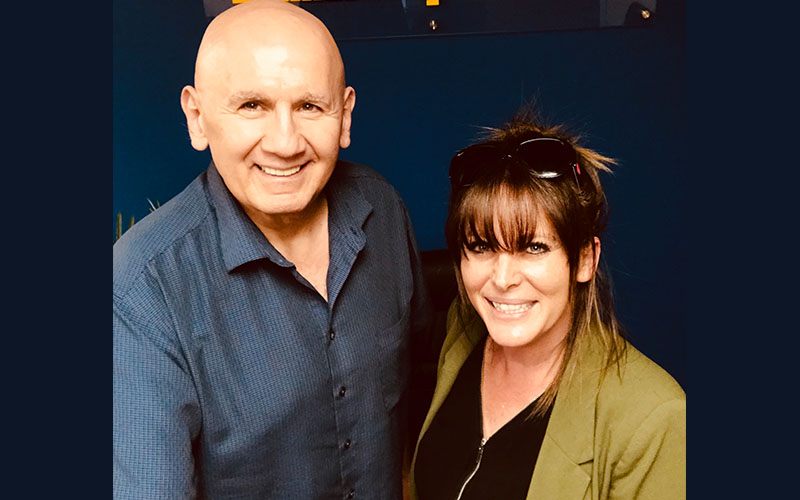 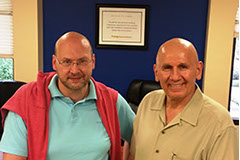 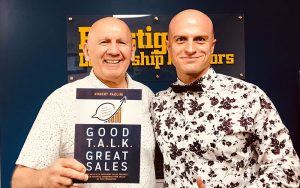 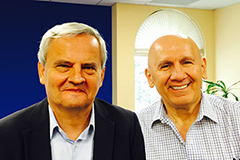 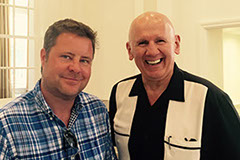 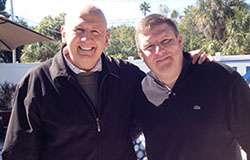 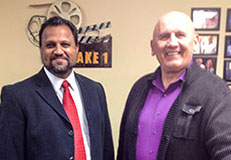 With client and CEO of Plasma Therm, Abdul Lateef. 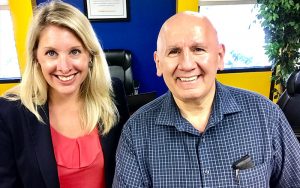